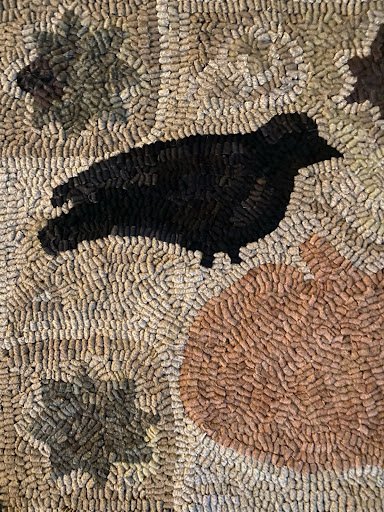 I am loving all the different shapes and colors of pumpkins that are in the markets and seed catalogs these days. Are you old enough to remember when pumpkins were just plain orange? Today markets and orchards are full of heirloom squash and pumpkins in all shapes and scrumptious earthy shades that are great inspiration for those of us who love a primitive color palette. I especially love the gray blue hue of the Jarrahdale variety and the dusty pink of the Fairytale variety.
Back in July, I created a pattern for rug punching using a blue pumpkin. 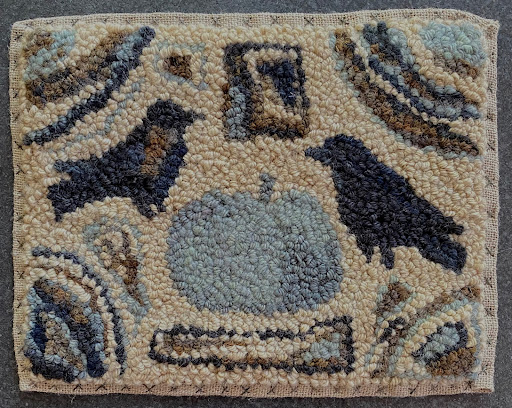 This little rug punched pattern using yarn and an Oxford punch needle started as a fun way for me to work out my ideas for a larger hooked rug. Soon it took on a life of its own and I decided to offer it as a pattern.
The little Blue Pumpkin pattern led to The Pink Pumpkin, and both patterns are  listed in my Etsy shop. 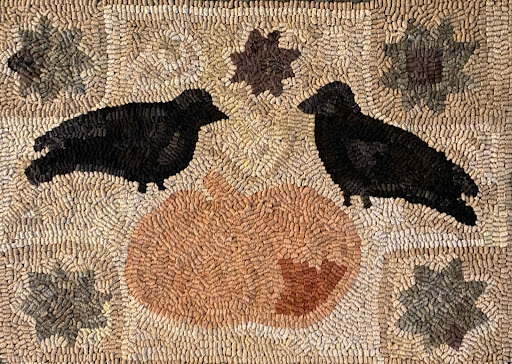 If you don't mind reading a bit further, I'll share my pumpkin patch story.
While the winter winds had barely died down, and the seed catalogs were collecting in the corner, I had an idea to plant a special pumpkin patch solely for my grandkids. Part of the planning was sowing a back border of sunflowers to frame what I hoped to be "Instagram-ready" family photos of our pumpkin picking and autumn picnic.
I worked the soil, hauled loads of compost, planted the seeds, and regularly hauled buckets of water to keep the seedlings growing throughout all the hot days. My efforts were paying off as the patch was growing great!
Deer pressure was going to be a thing to fight. I knew that going in and I was prepared with tricks up my sleeve.
Despite my efforts, the deer found my patch and stripped nearly all the sunflower leaves and blossom tops but left the pumpkin vines untouched. Phew! I was pretty sad about losing the sunflowers (also known as the great Instagram backdrop😊) but held out hope that they would grow back. To my relief the pumpkins had escaped and, to me, that was the important part.
The sunflowers did grow back and bloomed and all was well. The pumpkins were growing larger with each passing week and I was making plans for an autumn picnic with pumpkin picking as the main event. It was going to be great! I love Autumn! I love pumpkins and picnics! Are you with me?
Through several decades, I have gardened alongside four boys, dogs and cats, dairy cows, chickens, turkeys, deer, rabbits, and even a goat or two in my fields. I am quite experienced with how my best laid gardening plans and ideas can be quickly destroyed by any one of the above.
I should have known. 😉
But as it goes, farmers and gardeners get energized by the promise of a new season, the prospects of a new field, and the bounty of the next crop so we just keep trying! And I was definitely trying with this pumpkin patch.  I could already hear the laughter of grandkids parading through the pumpkin patch!
You've already guessed what I'm about to tell you. It will be no surprise.
Phase two of the assault began.
The first night it was deer. Two thirds of my pumpkin leaves had been a moonlit buffet for them.  The varmints stripped the leaves right off the top of the stems, hoof prints left behind as evidence.
UGH!
But still, they left me a few vines with plump little pumpkins intact. All was not lost. I had a cautious hope that we just might make it to autumn and have some pumpkins lingering in the patch.
And yet the assault continued.  Did you know groundhogs like to eat pumpkins right off the vine? I was not expecting this at all and could not believe my eyes! Those critters ate half a pumpkin before moving on to the next one, and the next, and the next. Wide teeth marks left behind as evidence. Multiple nights of feasting and the patch was stripped bare. I might as well let the chickens in to finish it off!
The only thing left of all my plans is a couple of really cute rugs! One, with a blue pumpkin, is a shout out to the flavorful Jarrahdale variety and one vintage pink pumpkin to remind me that life is not a Fairytale 😉 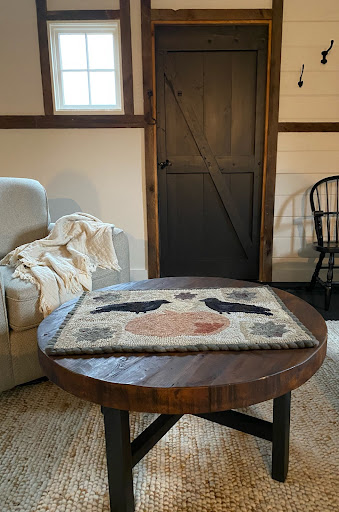 I'm still having an autumn picnic and I dare, no, double dare the deer to show up!😜
Labels: pumpkin rug rug hooking patterns 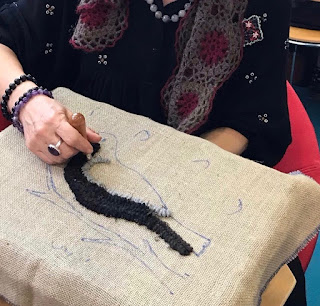 Meeting a rug hooker in France 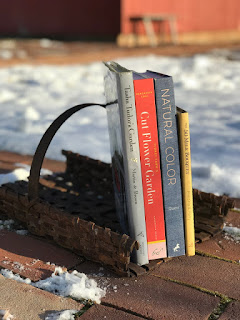 Check out these Makers